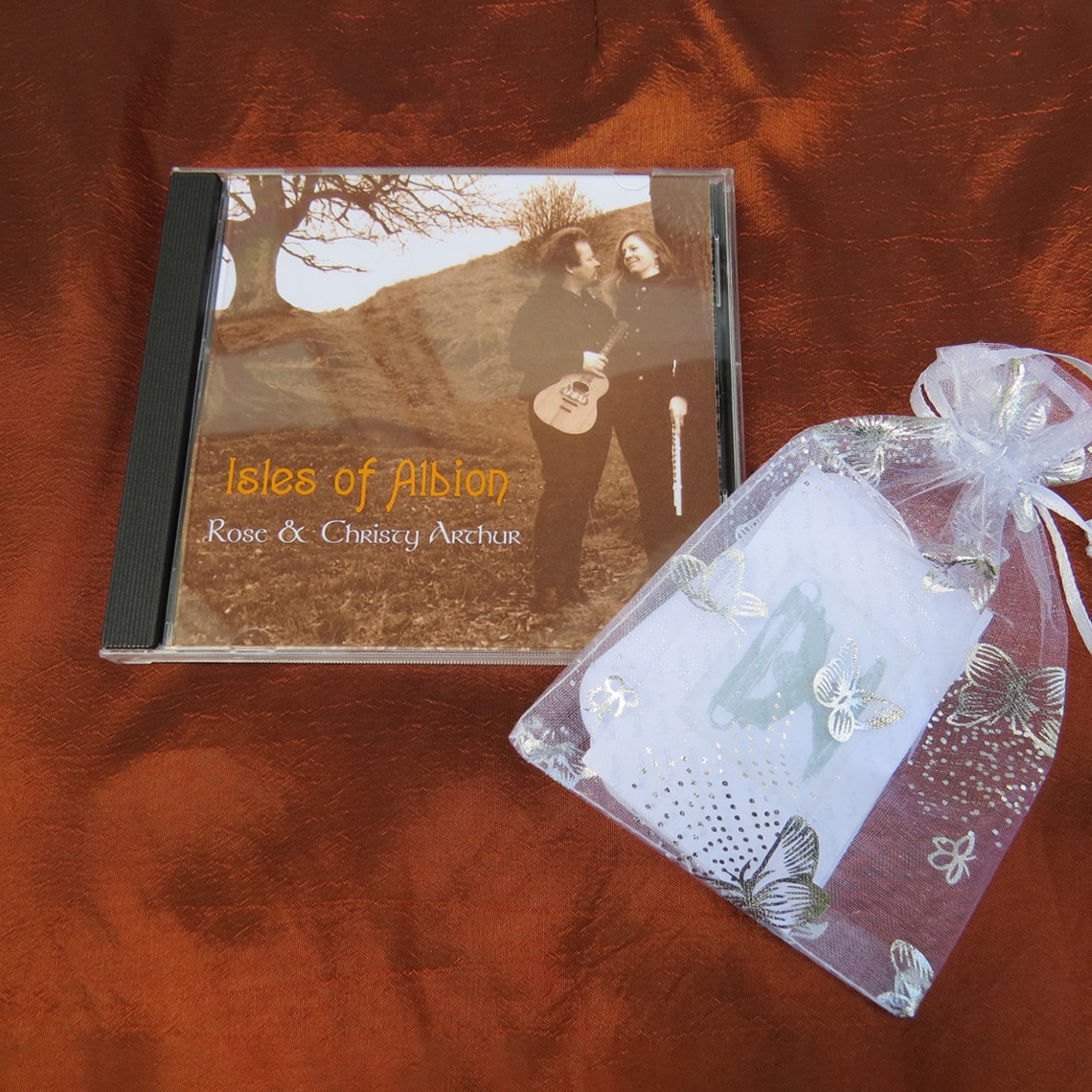 An evocative collection of original songs in a wistful folk style. Inspired flowing melodies for flute, guitar, mandolin, keyboard and vocals. Visionary Folk, with Classical elements and a taste of Country. With free Oracle Cards (each song has its own corresponding card).

“There’ll be a brighter dawn o’er the Isles of Albion, An old forgotten song will echo through her hills. When the dawn breaks over Albion…”

As Featured on Radio 2 - The Folk Show, by Mike Harding

Or email me to buy direct

Albion was the legendary giant said by Geoffrey of Monmouth to have been the first ruler of Britain, the islands referred to as Albion before the arrival of Brutus, great-grandson of the Trojan Aeneas, and the traditional founder of the British people. Today, Albion's name is still used to refer poetically to England and, through the gentle magic of their melodies, Rose and Christy Arthur are sowing the seeds of their own legend by paying a heartfelt tribute to this poetic vision.

Frequently, I play tracks from Isles of Albion on my weekly programme, Mysterious West, on Glastonbury Radio, the internet station, where the album always provides the ideal soundtrack for me.

From the inspirational optimism of the title track, through the evocation of the sacred energies of the earth in Whispering Knights, to the mythic soul-making permeating Visions and Prayer Song, this is an album that enriches the inner life and tunes you back into the possibilities of re-awakening Albion's spirit and mystical power, of flowing once again with the ancient dream.

In these ten timeless songs, with distinctive vocals set against a beautiful and stirring blend of virtuoso guitar, flute, mandolin and keyboards, Rose and Christy prove themselves magicians of the muse. Don't let the promise pass you by.